How to learn Morse code

To remember the letter code, just remember the word from that letter and replace each next letter with a dot or a dash, starting with the second letter. If the letter on the first side of the alphabet (A-M) is a dot, if on the second side (N-Z) is a dash. For example, the letter B is deciphered by the word Bread as follows: B consists of R = dash, E = dot, A = dot, D = dot. 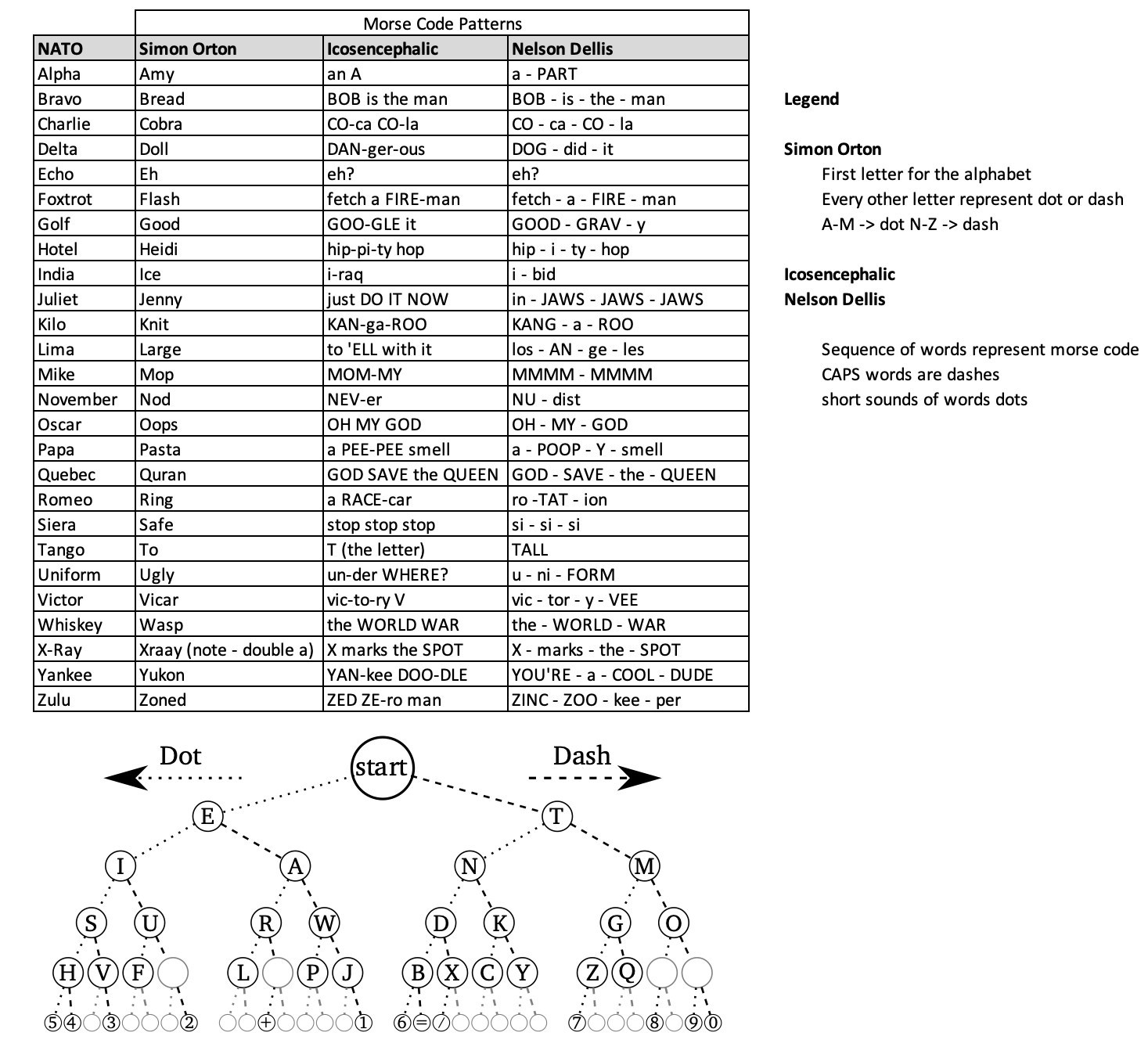 For a full list of Morse code words and a discussion of this method and the others mentioned, see here